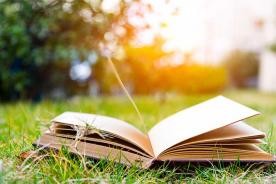 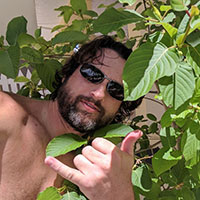 I’m Brian, the founder of Panacea Natural. My ex-wife Sarah and I met when we were 15. I was on the hockey team and she was a figure skater and speed skater. We spent just about every day together at the ice skating rink and we married at the young age of 19.

In 2005, when she was only 29 years old, Sarah's health began to deteriorate. In the beginning, she began experiencing arthritis, joint pain, chronic fatigue, depression, mental unclarity (brain fog), and generally felt unwell. Initially, she was diagnosed with “fibromyalgia”, but when she continued to develop more symptoms we soon realized that fibromyalgia can be a catch-all diagnosis where physicians throw the misfit patients. 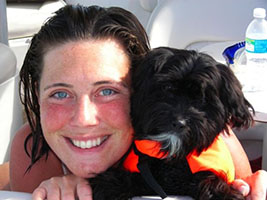 We started our never-ending journey. Doctor after doctor, referral after referral, and eventually specialist after specialist. As her symptoms progressed she was tested for fibromyalgia, lupus, connective tissue disorder, autoimmune disorders, lyme disease, alcaptuneria, porphyria, hemochromotosis, wilson's disease, addison’s disease, and many, many other diseases and disorders. Tissue biopsies were sent to the Mayo Clinic and Mass General Hospital (Harvard). She spent several months hospitalized during acute episodes and several weeks as an outpatient at the Mayo Clinic in Rochester, MN. Her case has been presented multiple times in grand rounds and medical conferences. To this very day she is still undiagnosed. Every single day is a fight for her and she is the strongest person you will ever know. 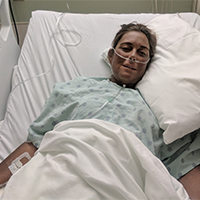 I can’t remember a time when I wasn’t studying or learning about something. I have learned a lot about modern medicine that I never really wanted to know. I learned that modern medicine has it’s limitations and some people just can’t fit the criteria for a diagnoses or treatment. Some people live for the remainder of their lives undiagnosed, battling intense pain and terrible quality of life, without access to prescription medicine.

So, what the heck does this have to do with Panacea Natural? I spent countless hours researching and scouring the internet for something.. anything... that could help Sarah. We tried quite a few of them that amounted to nothing but “snake oil”. Back in 2005, only a very small amount of people had heard of mitragyna speciosa in the USA, but I stumbled upon a post on an obscure Internet forum where someone indicated they had similar symptoms as Sarah and mitragyna speciosa was very helpful for them.

I started my research. What is this mitragyna speciosa stuff? Is it safe? How much should be taken? There was very little information available at the time, but I did find a few medical journals that were helpful. There was also a mountain of misinformation... and there still is to this day.

Where could I buy mitragyna speciosa? I only found two sources at the time and both of them were simply not reliable and constantly out of stock. The standard at the time was “loose leaf” material, not the fine ground powder and capsules of today, so the only option was to make a traditional mitragyna speciosa tea.

Sarah tried mitragyna speciosa. Now you must understand something… since the FDA does not allow me my freedom of speech, I cannot say that mitragyna speciosa treated, cured, or prevented any sort of disease or condition because it is not an approved drug, but I can say her quality of life improved amazingly. She was able to be an active mom of our four kids again. I felt like I got my ex-wife back. Mitragyna speciosa gave my ex-wife her life back, at least for a while. 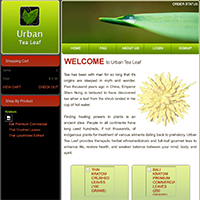 I come from an e-commerce background. I’m a software engineer, programmer, and nerd by trade. I had a tech company during the “dot com boom” and went belly-up when things went bust. I quickly realized that something that is helpful for Sarah would be helpful for many other people. so I started our first website named "Urban Tea Leaf" selling mitragyna speciosa tea in May 2007. I had no idea the challenges ahead of me.

It didn’t take long for me to realize that importing and repackaging product was not the right way to do things if product quality and safety were priorities. This lead us to become the first cGMP mitragyna speciosa vendor in the industry, conforming to FDA mandated manufacturing processes with clean rooms, record keeping, safety testing, and proper labeling.

In the early days, we were competing with vendors that simply imported mislabeled kilos of mitragyna speciosa and were scooping it into ziplock bags and labeling it “incense” and “not for human consumption”. Our product costs were always significantly higher than these fly by night vendors operating out of their basements, but at least I could sleep at night knowing my products were safe for our customers. It makes me happy to see the industry finally moving the right direction with the American Kratom Association leading the way.

I have had people work for me only to end up spinning up companies that completely mimic what I have developed right down to the packaging and marketing. They may view it as competition, but I see all vendors as brothers and sisters in the industry. This business isn’t about money. Money is just the byproduct of the service. It isn't about the vendors, it is about the customers and making mitragyna speciosa available for people that need it, people like Sarah. 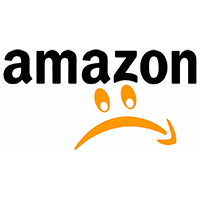 We used to sell our products directly on Amazon.com. At the end of 2011 Visa forced Amazon.com to prohibit the sale of mitragyna speciosa products. Go ahead and call me a conspiracy theorist, but I can only assume these coming changes were the bidding of the pharmaceutical industry. Since more than 90% of our sales were directly through Amazon at that point we were being forced out of business. Thankfully, I was able to create an official website on December 2012 and bring most of our customers off Amazon and directly to our website. 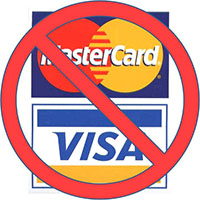 We used to be able to have a normal merchant account to accept credit card payments like any normal business. Unfortunately, shortly after Amazon prohibited mitragyna speciosa sales, Visa declared mitragyna speciosa a prohibited product, claiming the sale of this harmless plant somehow negatively impacted the Visa brand. Accepting your payments became one of our biggest challenges. Just to sell a simple natural plant leaf powder, we were forced to establish accounts in offshore jurisdictions in South America, the Caribbean, China, and Africa… only to inevitably have each account closed and months of sales volume kept by the banks. I've lost enough money with these merchant accounts to put my four kids through Ivy League college. That money instead was kept by the banks to put the bankers kids through college. 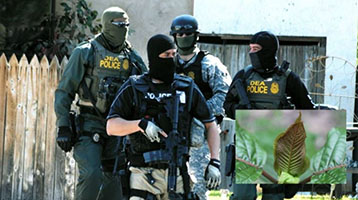 In 2016 kratom was about to be classified as a Schedule 1 substance by the DEA. Overnight, our entire inventory was about to turn from a harmless legal herbal supplement to the equivalent of tons and tons of “heroin" in the eyes of the law. As much money as possible was donated to the American Kratom Association and every minute of every day was spent making people aware of how to fight this. The entire kratom community came together and we were able to gather more than 120,000 Whitehouse petition signatures opposed to the ban. This petition was presented to President Obama. I was fully prepared for DEA agents to break down the front door of our office. I don’t think I slept a wink during the months of August and September 2016. On September 30, 2016 the DEA withdrew their 'Intent to Schedule' Kratom as a Schedule I Controlled Substance. It was the first time in history that the DEA had ever withdrew an Intent to Schedule anything. I’m proud that history was made in the name of people that need kratom, people like Sarah.

It is almost comical to realize how much resistance kratom has had when you understand it is simply a tree in the coffee family that has established hundreds of years of safe traditional use. There will be more obstacles down the road and we are prepared to meet force with force. We now have science on our side with a 3rd Party 8 Factor Analysis and continuing scientific study at the University of Florida, again thanks to the American Kratom Association.

Where We Are Now 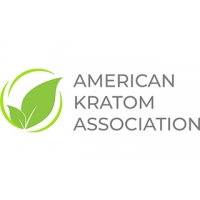 In the past several years there have been so many positive changes in the kratom industry. The American Kratom Association established their Good Manufacturing Processes (GMP) program approving vendors and giving them their stamp of approval based on their processes. Anything that is good for the consumer is good for the industry and this makes me happy. In 2018 and 2019 we attended the first Kratom Leadership Summits in Atlanta GA. Until that point, vendors had done anything but work together, but now there is finally a sense of unity in the industry. We are all starting to realize that longevity is in product quality. Longevity is in product safety. And longevity is in doing what is good for you, the consumer.

I’m hopeful that kratom remains available for those that need it, for people just like Sarah. That is more important to me than the viability of our business. We are going to continue fighting until the bitter end because we feel strongly that it is a basic human right to seek out natural and alternative options. The infinite reward is hearing our customers telling us how greatly our products have improved their quality of life. We hear this every day and it will forever keep me motivated.

All that I ask of you is to verify the vendor you are buying from is ethical. How long have they been in business? Do they test to ensure product quality and safety? Can they provide laboratory reports to verify this? Are they making claims that their product will cure this or treat that? Is their product packaged in a proper manner? Let's work together to keep kratom available for you, for people that need it, for people like Sarah. 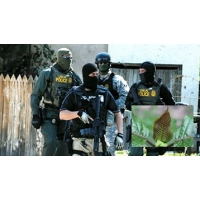 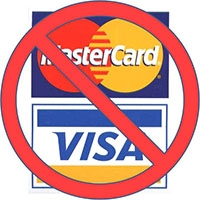 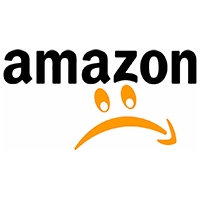 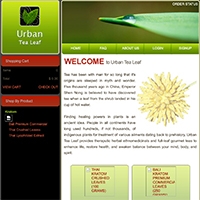 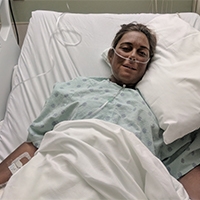 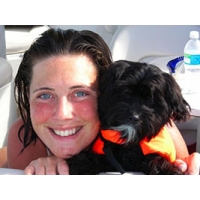 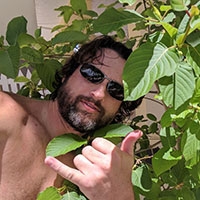 Previous
Get Your Free Sample

Safety and Quality
1 Comment(s)
Tammysue Johnson
Very interested in your mitra! Been using it for over 2 years for my fibro and son uses for allergies and husband uses for energy as well as allergy symptoms. We are shoppers with only a couple companies that we’ve found reputable as well as great customer service and marketing. Would love to try samples and provide feed back.
Reply May 19, 2020 23:07
Recent Posts
CHUCHUHUASI 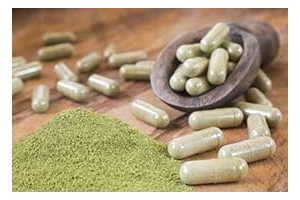 Top 3 Reasons Why Kratom Capsules Are Better Than Powder 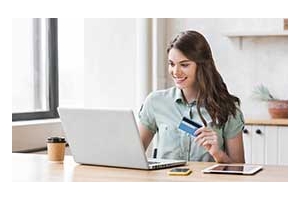 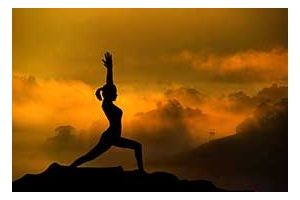 How You Can Increase Your Quality of Life with Kratom 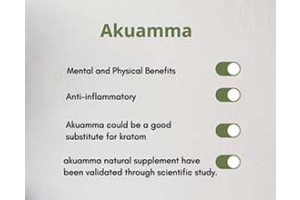